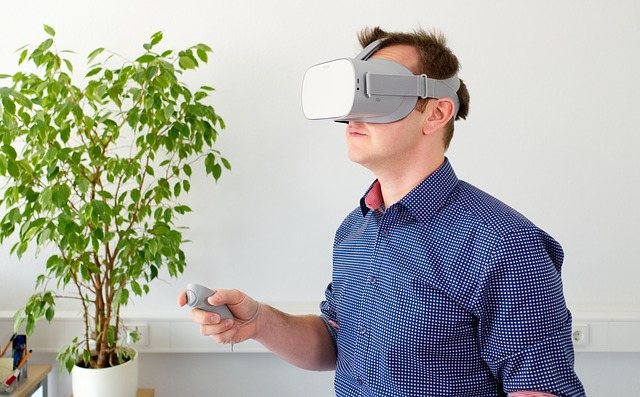 Due to the game’s atmosphere and the death scenes, several people have called "Last Labyrinth" a horror game.
Photo by: dlohner

The event invited 30 attendees,chosen via a drawing, to see a live performance of the Last Labyrinth theme song, a roundtable with members of the development team, an exhibit of concept art, and more.

After the live performance, a roundtable was held featuring Stefanie Joosten, Hiromichi Takahashi (director/producer), and other key members of the development staff. The roundtable portion of the event was split into multiple themes, each focusing on different aspects of Last Labyrinth, and answered questions that were collected from fans beforehand.

The first section of the roundtable centered on the “sound of Last Labyrinth.” Hiromichi Takahashi, Stefanie Joosten, Hiroki Kikuta (main theme composer), and Takuya Hanaoka (sound designer) talked about the creation of the music and sounds within the game.

The roundtable opened with questions about the theme song and the composition process. Takahashi began by talking about how Kikuta came to compose the theme song for Last Labyrinth. He stated that he personally likes Kikuta’s work and

requested for Kikuta to compose a song by messaging him out of the blue on Twitter. According to Kikuta, the wording of the message was polite, but he was able to sense Takahashi’s enthusiasm through it.

When discussing the process of composing the song itself, Kikuta surprised Takahashi when he revealed that the song had already started writing itself in his head during the initial concept meeting, and by the end of that meeting, Kikuta already had a clear idea of what the finished composition would sound like.

When asked about singing in a fictional language Jooseten stated, “The song is in a made up language, so it was difficult to learn the lyrics. During the recording session, I made sure to double-check the meaning of the lyrics so I could convey the right emotions as I sang.” Kikuta added, “When someone says they want a song done in an imaginary language, it makes you wonder if they’re being serious. [laughs]”

Hanaoka answered questions about the game’s environmental sound effects, and talked about how he created sounds for traps that do not exist in real life. He explained, “After I receive a reference video from the development team, I break down the mechanisms and materials of the traps. Based on that, I mix together sounds from our sound library. For example, for the monitor screen sound, I used a vacuum cleaner sound and processed it…”

Takahashi, surprised by this reveal, interrupted Hanaoka’s answer to say, “When you say that, it doesn’t feel that scary anymore...”

Regarding the sound effects of the death traps, Takahashi commented, “I want players to feel afraid of the traps, so along with making sure that the traps were visually scary, I asked Hanaoka to use unsettling sounds for them.”

Difficulties of Developing for VR

The second section of the roundtable revolved around the “Mansion of Death.” Michiko Kusaba (lead environment artist), Park DaeGeon (level designer), and Azusa Amemori (level designer) joined Takahashi and Joosten to discuss the death traps and puzzles that players encounter throughout the game.

The first question was in regard to who made the puzzles.

Amemori answered that everyone contributed ideas, and Takahashi decided which ideas they would implement. “Takahashi wanted puzzles that ‘looked deceptively easy, and caught players off guard’ and it was difficult to come up with ideas that fit with that request,” she said.

DaeGeon commented on another difficulty the team experienced when creating puzzles. “This was the first time we had ever developed a game for VR, and we had cases where an idea looked fun in 2D, but when we actually tried to implement it in VR, it wasn’t as fun as it seemed on paper.”

The development process involved some trial and error, and Kusaba mentioned that it wasn’t unusual for the overall atmosphere and visual design of a given room and puzzle to take time to be finalized. There was plenty of back and forth between team members during the process of creating backgrounds, and adjustments were made to some puzzles to better suit the movements of the characters.

The team constantly checked how assets and puzzles actually looked and felt in VR as they implemented them. “Everyone had to constantly alternate between looking at their PC screen and the VR environment, and over time, they got really skilled at working with headsets strapped on top of their heads,” Takahashi said.

Within Last Labyrinth, the player and Katia experience a horrific death if they trigger a puzzle’s lose condition. Many fans felt bad for Katia when they had to see her die, and this was reflected in one question: “I want to see whoever made all those ways to kill poor Katia!” Upon hearing the question, everyone at the roundtable immediately looked at Amemori.

“It’s not that I wanted to make Katia suffer,” Amemori explained, “I was thinking up all the ways I would want to try dying in in VR!” She proceeded to excitedly talk about the deaths with the rest of the roundtable.

Due to the game’s atmosphere and the death scenes, several people have called it a horror game, despite Takahashi’s claim that it isn’t. When the question “This game is a horror game, isn’t it?” came up, Takahashi once again tried to claim, “It isn’t horror…”, but Joosten cut in saying, “It is a little horror-like...” Takahashi backpedaled and concluded that “It’s a horror game for people who aren’t good with horror.”

The second section concluded with each panelist sharing which death scene left the biggest impression on them. Joosten, who had acted out all of Katia’s deaths, responded, “There were many gruesome deaths, but being eaten by a giant snake both surprised me and made me laugh.” For DaeGeon, the death that left the biggest impression was in one of the rooms he was in charge of, the “Room of the Lovers,” where the player manipulates light to solve the puzzle. Amemori recommends the “train room” and mentions how she made several adjustments to get it just right. After some thought, Kusaba replied that the death in the “bug room” was particularly scary in VR and creeped her out.

The third and final section of the roundtable was about Katia and Phantom. Tatsuma Tanaka (Katia’s character designer and 3D modeler), Tabari Kimia (Phantom’s character designer and 3D modeler), Atsuko Fukuyama (lead animator), Alexis Jassmin Broadhead (animator and tools developer), Takahashi, and Joosten talked about the process of developing Katia and Phantom, as well as the intent behind their designs.

Katia has green hair, wears white clothing, along with pink shoes and ribbons in her final design, but it seems there were many changes to her design that occurred during development.

Tanaka recalled when he created the first 3D model of Katia and showed it to Takahashi, “When I showed Takahashi a prototype 3D model of Katia, I was surprised when he told me he wanted her to wear pink shoes.” Takahashi said that the combination of pink shoes and green hair was initially unpopular with the team, but those details remained in the final design. The pink ribbons were also not in the initial design, but were added by Tanaka later to add some pink to her upper body. Tanaka felt that changes like these eventually transformed what was initially a more ordinary design into a unique design that made Katia stand out.

After discussing the initial prototype and character design of Katia, the discussion was directed to Katia’s animation. Joosten pointed out that compared to the animations she saw during her first voice recording session, Katia had become a lot cuter by the time she did the second recording session. Fukuyama commented on one small detail that made many of Katia’s gestures feel cuter, “Initially, Katia’s hands were open a lot of the time, but I found that having her hands clenched [in a fist] during her gestures made them cuter. So I had her close her hands more often.” Joosten added “Like Katia’s gesture when she’s thinking! I thought that was really cute,” and demonstrated by mimicking Katia’s gesture.

The roundtable then moved to talking about Phantom. Tabari elaborated on her design intent for Phantom, “Since I was told that this is not a horror game, rather than making Phantom a scary character, I focused more on making Phantom feel like a mysterious character.” One difficulty during the process of creating Phantom in particular, was making adjustments to ensure that a character fully clothed in black was still clearly visible in a dimly lit VR environment.

One question drew attention to how Phantom seemed to have difficulty walking. In response, Broadhead said, “There is a reason why Phantom moves that way, and the walk is purposely clumsy.”

At the end of the session, they were asked which of Katia and Phantom’s animations they particularly liked and want players to look out for.

“If you look closely at Phantom as you play Dobutsu Shogi against Katia, you’ll notice the small gestures that Phantom makes,” Broadhead replied.

Fukuyama said, “In the ‘Room of The World,’ there’s a unique animation when Katia rests on the sofa. So if you get tired, you can have Katia sit on the sofa and take a break together.”

Kimia hints at the story as she said, “When the Phantom appears, try comparing Phantom with your own avatar.”

Tanaka said that as a big fan of ICO, he particularly liked the head shaking animation Fukuyama made for Katia. It gave him a nostalgic feeling.

Lastly, Joosten said, “Phantom has a scary presence, so looking at the gentle Katia when he’s not around is soothing.”

An Experience Hard to Describe with Words

Takahashi closed the event with a message for fans:

“Since Last Labyrinth is exclusively for VR, it is sometimes difficult to convey what it is like in words alone, and I’m sure that some players have found that their initial impressions changed after playing the game. We appreciate the fans who have supported us so far, and ask that you continue to support us and spread the word about ‘this odd VR game’ you played.

On behalf of the Last Labyrinth team, thank you for your support and for attending today’s event.”

With this heartfelt message, the Last Labyrinth Special Fan Meeting came to a close.