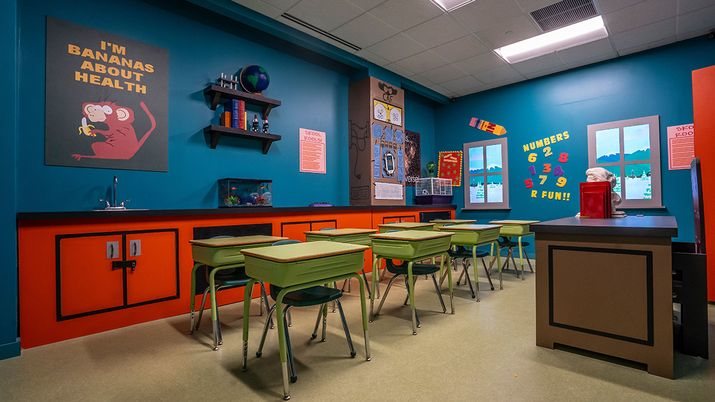 South Park: Cartman’s Escape Room will make its Los Angeles debut on January 17, with additional openings in New York and Boston this spring. Following the Chicago, Dallas and Denver launches with tens of thousands of fans participating, Escape the Room Los Angeles will transport fans of South Park into another one of Cartman’s schemes, as they enter and try to escape the most diabolical and evil place ever invented: SKOOOOL! The new Los Angeles Escape the Room is located at 3223 Glendale Galleria in the Glendale Galleria Mall. Ahead of attending the Escape Room, viewers can take the SPandMe test to find out which South Park characters are inside you.

The nationwide launch of South Park: Cartman’s Escape Room offers fans of the iconic series a truly immersive experience featuring original dialogue and animation, providing an exciting new experiential initiative where participants will be transported into a standalone South Park experience. A pop-up prototype of the escape room was staged at recent Comic-Cons in San Diego and New York and was a huge hit among fans.  It was recognized as of one of the best activations at each convention. For more information about this one-of-a-kind experience or to make a reservation visit escapetheroom.com/south-park.

Escape rooms are a form of immersive reality entertainment designed for participants of all ages. The live action puzzle games each have their own theme in which players utilize clues to complete a mission or escape the room in 60 minutes or less. The experiences utilize the best in technology to immerse the players into the unique atmospheres of each room.

Escape The Room was created by Victor Blake In New York City in 2013 and has now expanded to 22 locations in cities including Albuquerque, Atlanta, Boston, Chicago, Dallas, Detroit, Houston, Indianapolis, Milwaukee, Minneapolis, New York, Philadelphia, Pittsburgh, San Antonio, Scottsdale, St. Louis, and Washington D.C.  Escape The Room has entertained over 2 million players and prides itself on being the premier family friendly immersive experience.

Comedy Central gives audiences access to a world of super funny, personally relatable, culturally relevant, and provocative comedy that tells the funny truths of life, every day and everywhere. From award-winning late-night, scripted and animated series to stand-up specials, short-form and sketch, Comedy Central has it all. A subsidiary of Viacom, Comedy Central is available to more than 300 million households in over 150 countries across the globe. For up-to-the-minute and archival press information and photographs visit Comedy Central’s press site at press.cc.com and follow us on Twitter at @ComedyCentralPR for the latest in breaking news updates, behind-the-scenes information and photos.

Viacom creates entertainment experiences that drive conversation and culture around the world. Through television, film, digital media, live events, merchandise and solutions, our brands connect with diverse, young and young at heart audiences in more than 180 countries. For more information on Viacom and its businesses, visit www.viacom.com. Keep up with Viacom news by following us on Twitter (twitter.com/viacom), Facebook (facebook.com/viacom) and LinkedIn (linkedin.com/company/viacom).