Haunt Fans Scream For More Than Ever Before 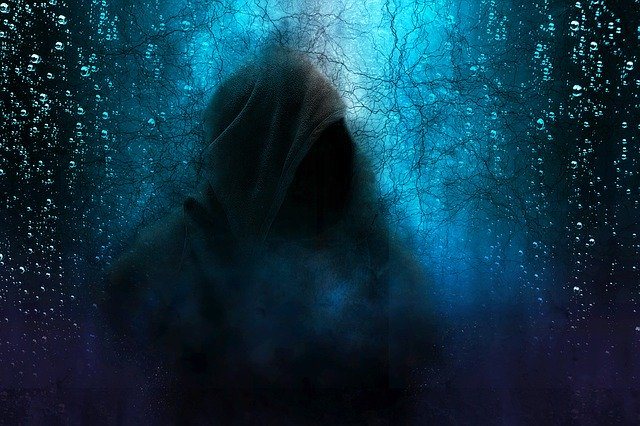 Crowds are part of the fun at haunted attractions this time of year celebrating the Halloween season before it's too late. Outside the attractions, customers are in lines and entertained by watching the roaming monsters scaring on-lookers. Millions make a haunted house visit part of their Halloween ritual during a haunts' scary short season - typically ranging from four to nine weeks in a year. Though Halloween season is almost over, thrill-seekers are in luck. Many haunted attractions now offer year-round entertainment businesses that leverage the haunts immersive assets and skills, according to America Haunts, the association of the nation's most successful haunts.

In the last five years, nearly 65% of the premier haunts in the U.S. have added escape rooms, and over half schedule the games throughout the year. At 13th Gate in Baton Rouge, their 13th Gate Escape runs fifty to sixty games per day involving groups with four to eight players trapped in a room or series of rooms. These massive themed adventures use elaborate sets, secret passages, logic, riddles, puzzles, and some physical challenges to escape in sixty minutes. The haunt also has virtual reality games for teams to use a range of laser light weaponry against the undead within a zombie apocalypse. The virtual reality games offer full-body tracking and 4D effects that allow players to move around the space and go after virtual targets.

NETHERWORLD, in the Atlanta area, moved to a 10-acre facility in 2018 that has allowed them to grow their already massive haunts and add a huge variety of entertainment options for customers. Year-round options include four elaborately themed escape games, party rooms, a state-of-the-art apocalyptically-themed laser tag arena, and a highly detailed monster museum called the House of Creeps. Seasonal offerings include the Haunted Houses, souvenir printed photos, food venues, an extensive gift shop, multiple games and experiences featuring skilled actors, extensive photo ops, wandering entertainers, and a massive foam pit. "NETHERWORLD is a theme park-like experience - with something for everyone," said Ben Armstrong, NETHERWORLD co-owner. "Guests come for the world-famous Haunted Houses and get pulled into all the fun!"

The haunt experts at fright are generally not looking to scare in their escape rooms. For example, Nightmare on 13th in Salt Lake City will scare its customers to their core. In contrast, the adrenaline rush at Escape on 13th comes from their game participation as an archaeologist, a captive of pirates, or a CIA operative. The escape games are perfect for families, groups, and corporate team building.

At Erebus Escape, from the makers of the renowned Erebus Haunted House in Pontiac, Michigan, they're adding three more epic escape options to the successful rooms available. Solve a murder, break out of prison, fight off the undead, or save the human race are themes behind the escape rooms. These games create loads of fun without fear - unlike the frightening fun from their haunted attraction. Players don't need to be Sherlock Holmes or Indiana Jones to be successful, but having players with their skills on your team can increase your chance of escaping!

Many haunted houses have added mini escape rooms, like San Antonio's 13th Floor. Its onsite Mini Escape Games take up to five minutes and heighten the haunt experience all season long. Class Axe Throwing is 13th Floor's year-round exhilarating option in a comfortable indoor location. Date night, team building, and parties are just some of the occasions people are flocking to Class Axe Throwing. Class Axe has many perks, including sessions that are run by trained experts and the ability to bring your own beer.

Mega haunts with acres of space have astounding entertainment options in and outside of the haunt season. Headless Horseman Hayrides & Haunted Houses, is a legendary haunted attraction located north of New York City in Ulster Park, NY. Its beautifully landscaped 65-acre property hosts all types of events outside of the haunt season, including car shows, fundraisers, weddings, family and corporate events. The property is an ideal location for events in the Historic Hudson Valley. They have onsite escape rooms, and mobile escape rooms, which can travel to the customer. The property gets flipped to "A Frosty Fest," featuring holiday light displays, open weekends starting the day after Thanksgiving to December 22.

Bates Motel and Haunted Hayride, located on Arasapha Farm near Philadelphia, is a natural fit for hayrides and a massive haunted attraction. The area also hosts a thriving Christmas Holiday Hayride and axe throwing. However, the ideal, immersive space for Bates Motel Escape Rooms and Stryke Force Laser is located fifteen minutes away in West Chester, or at clients' locations using Bates mobile escape, axe, or laser tag units. On occasion, there are laser tag guns at the farm, such as the Zombie Hunt, November 1 -3, with 25 minutes along the Haunted Hayride trail.

Last but not least, in North Carolina near High Point, the legendary Spookywoods is in a sprawling forested area. The Kersey Valley Express Haunted Train is a new addition on a track that surrounds their corn maze. The train goes the extra mile with its design to be scary in the season but makes an enjoyable ride through the valley or for a field trip. The area has become entertainment central with its Kersey Valley Escape games, axe throwing, zip lines, laser tag, and high ropes courses.

Immersive entertainment is creating a lifetime of memories throughout the year thanks to makers of America's best haunted attractions.

About America HauntsAmerica Haunts is the national association of premiere haunted attractions dedicated to excellence in fear-based, sensory entertainment, thrilling more than a million visitors annually. America Haunts' members are recognized for their longevity in the industry, technical expertise, innovative design, and relentless talent with a penchant to generate screams for fun and excitement.