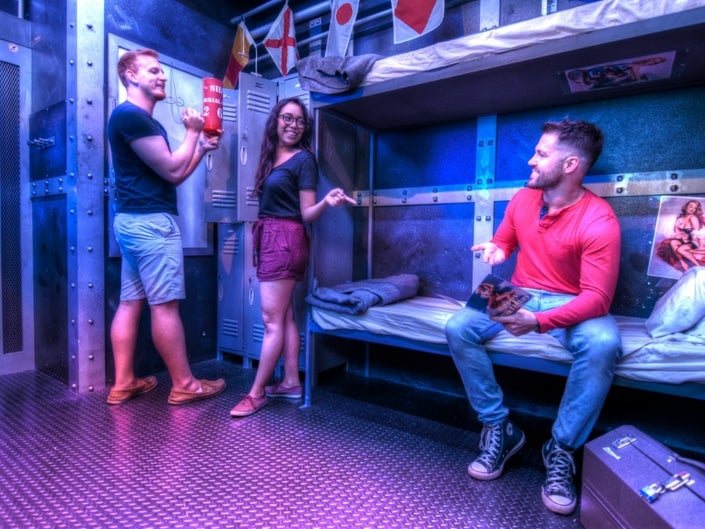 Grand Prix Orange County Racing & Entertainment (GPOC) is set to add to their entertainment offerings for all ages with the addition of Escapology, GPOC’s spin on Escape Rooms. Participants will enjoy an original premium real life escape room experience by working together to find clues, solve puzzles, and pick locks to free themselves from the rooms.

Grand Prix Orange County Racing & Entertainment offers two Escape Rooms which are Budapest Express and Under Pressure. Budapest Express will take participants on the European Budapest Express where a man has been murdered. Participants must narrow down the clues through the cabins and solve the case before it is too late. Under Pressure takes place in 1944 during the height of World War II on the Steel Shark submarine that suddenly plunges into the sea. Participants must uncover the six oxygen silos hidden around the ship in order to repair the Steel Shark and bring it back to surface. The price for both Escape Rooms are $25 per person and up to eight players can take part at a time.