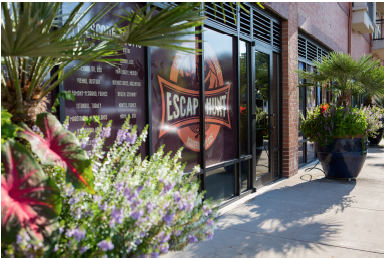 Things to do in Houston just got a whole lot better. The Escape Hunt Experience, the global leader in the live escape game industry opens its doors this month with a world-class, 5-Star, nine-room, 5000-square-foot facility in the heart of Midtown.

“Live escape rooms are the new gaming phenomenon attracting consumers faster than Pokémon GO! It’s a fun, interactive, immersive experience where players enter a themed environment and are challenged to escape within 60-minutes by working together to collect clues and solve puzzles. We are the largest escape room in Houston and second largest in the state of Texas,” says Escape Hunt Houston President, Jim Barcz.

Escape Hunt Houston launches with a swanky party lounge able to cater to large corporate events and party groups. Guests can play two intricately thought-out games that transport you to another world: in Theft Of The Texas Lone Star, you become a Texas Ranger and track down the prized Lone Star and Murder in Marylebone is a murder mystery set in 1910 London that utilizes your detective skills. Soon to open is Houston We’ve Had a Problem, a space travel adventure that takes you to the moon and back.

The Escape Hunt Experience is celebrating its Houston Grand Opening through Labor Day with special promotions. A VIP Party happens on Thursday December 5th. Call or Email to get VIP Party information. To book your escape room session or holiday event visit houston.escapehunt.com

About The Escape Hunt Experience
The Escape Hunt Experience began in Thailand in 2013 and now has game room destinations in twenty-four countries around the world. More than 15-million minutes have been played in 210 themed and immersive escape rooms worldwide. An unrivaled Game Design Academy provides R&D and next-generation game adventure concepts. The Academy is the only one of its kind in the world and has launched over 200 live-action games. New offerings keep the experiential entertainment in the game rooms fresh, fun and distinctively engaging.