Christmas in July Charity Gets Help from Portable Escape Room 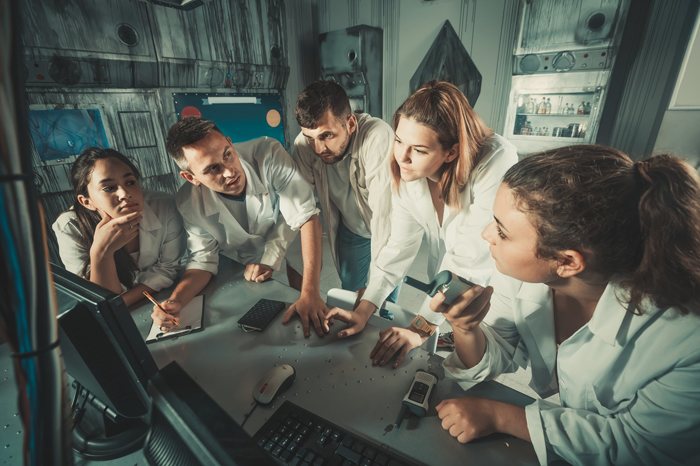 Inside the escape tent.
Photo by: einpresswire.com

Christmas in July, an annual event which raises money for holiday charities surpassed their three day goal thanks in a large part to a portable escape room provider who created a whole lot of holiday cheer in 85 degree weather! All the proceeds this year will go to the Angels of Need who kicked off its Angel Tree registration in an effort to help provide Christmas to thousands of local families in need.

As the Angel Tree registration in downtown Boston kicked off, it drew large crowds early on, thanks in-part to many groups of people lining up to try a portable escape room set-up inside an enclosed tent. As the day went on, the crowds got bigger and the waiting list got longer as the company agreed to donate 100% of their proceeds to the Angel Tree Program. "Our only regret was not bringing a second room, said George Domati of Applied Escapes, the escape room provider for the event. "We turned away many more people than those who got to participate." In just three days, the company raised nearly $6,000!

The company allowed 10 people to participate at one time who had just 30 minutes to figure out the puzzles and the clues to successfully escape the tent.

For Donna Childers, a Boston mother of two, the Angel Tree program is a means to get a jump on the holidays. "It'll actually help me a lot this year because I'm not working at the time," said Childers.

For Martin Downey, a father of two sets of twins from Cape Cod, taking part in the Angel Tree program is about doing what he can. "I've got a set of girls [age] 12 and a set of boys [age] 7," said Downey. "I'm disabled and I fell back in 2004 at work and I don't draw much from social security now."

Their motivations may have differed, but their missions proved to be the same: put smiles on the little faces they love come Christmas Day.

"Our volunteers are anxious to make sure that the children are taken care of during the Christmas season," said Bernadette Penn with the Boston Angels of Need. "They've been wonderful and were able to raise over $10,000 from the weekends proceeds. Its a great kick-off to the holiday season."

"You will see those Angel Trees up in the malls and at Walmart and they can go and select a child that they want to shop for," said Penn. "While they're shopping for their own children or their grandchildren, maybe they can help out another child as well, and get a very nice Bobble Head Doll or Card while they are here."

It's a program many people waiting to register said they had learned of through word of mouth.

After Angel Tree registrations wrap up in Boston November 1, the public will be able to access Angel Trees at six area Walmart stores starting November 29.